An algebraic expression – is a collection of numbers, variables, operators and grouping symbols. Variables – are letters used to represent one or more numbers

The parts of an expression collected together are called terms

5x +9y – are called unlike terms because they have different variables

Evaluate the expressions below, given that x = 2 and y = 3 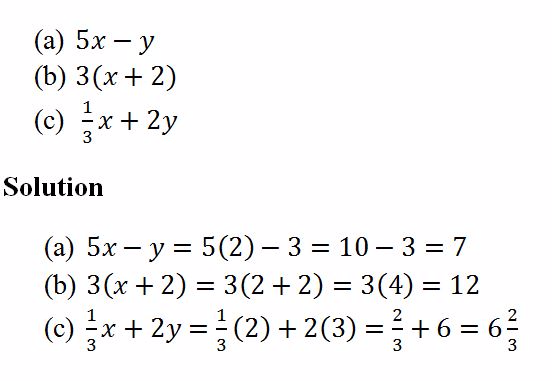 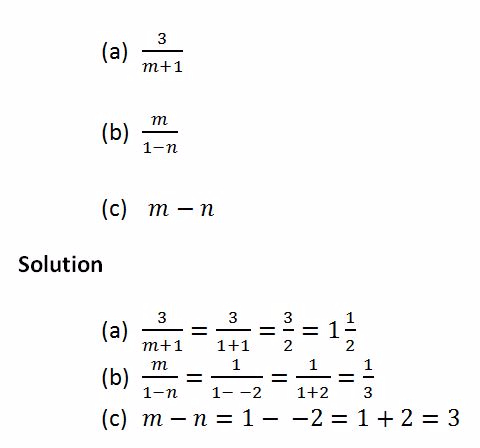 Simplify the expressions below 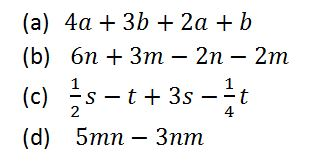 Equations with One Unknown

An equation – is a statement that two expressions are equal
An Equation with One Unknown
Solve an equation with one unknown
An equation can have one variable (unknown) on one side or two variables on both sides.
When you shift a number or term from one side of equation to another, its sign changes 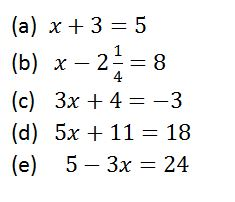 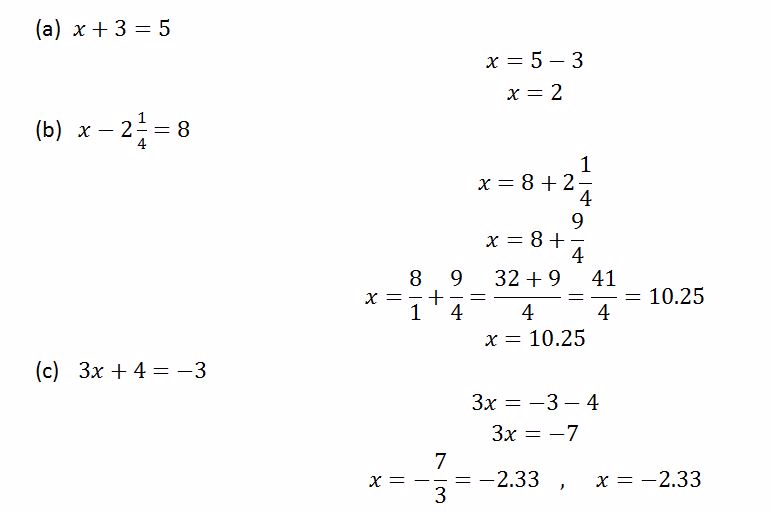 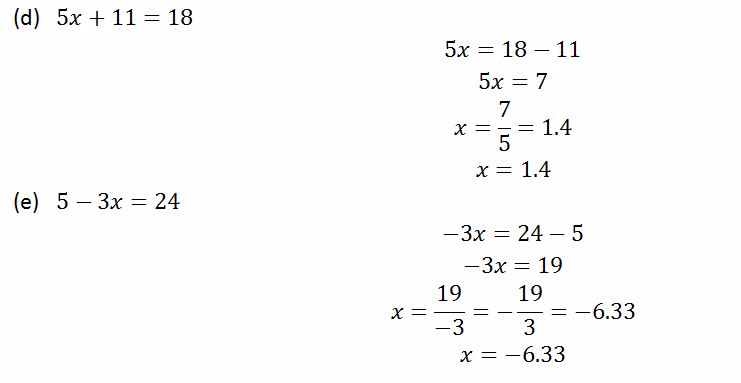 An Equation from Word Problems

Form and solve an equation from word problems

Naomi is 5 years young than Mariana. The total of their ages 33 years. How old is Mariana? 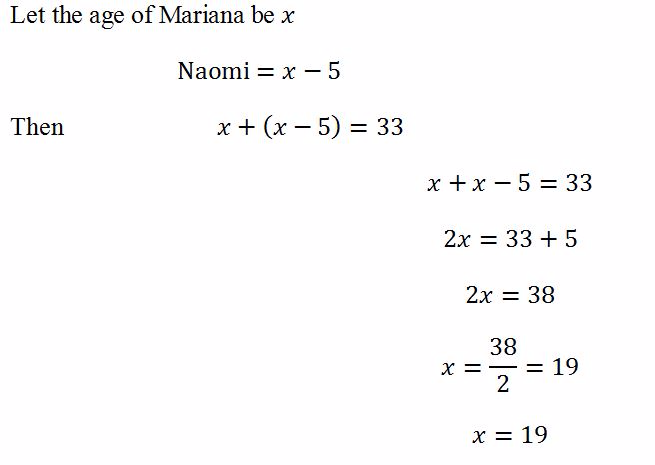 A simultaneous equation can be solved by using two methods:

Choose a variable to eliminatee.g x or y

If the signs of the letter to be eliminated are the same, subtract the equations

If the signs of the letter to be eliminated are different, add the equations 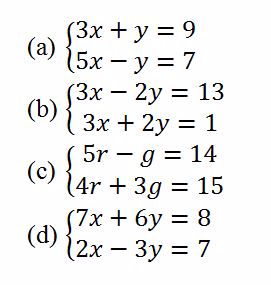 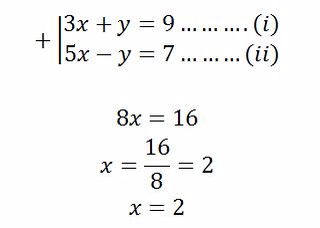 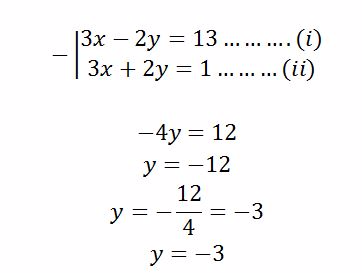 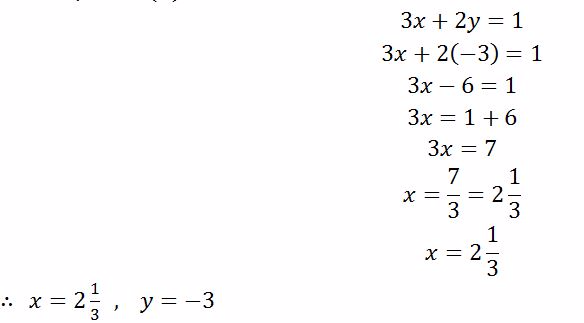 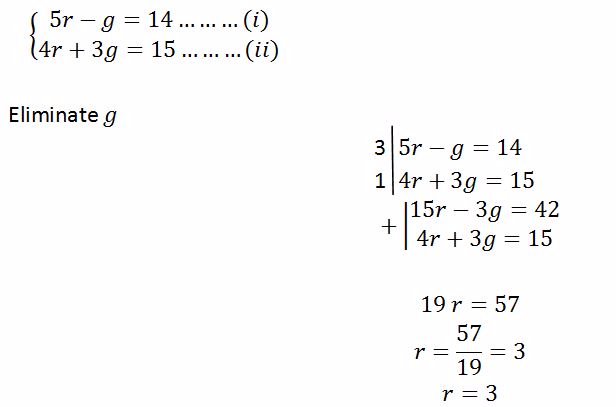 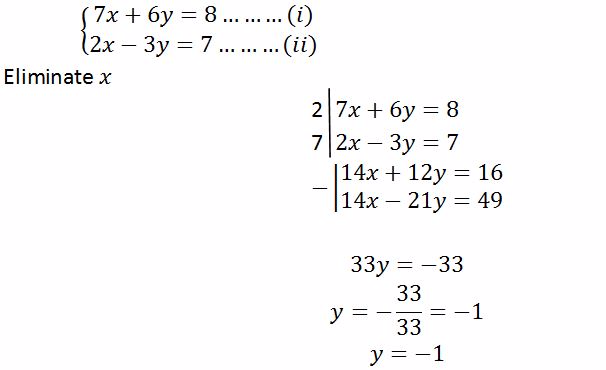 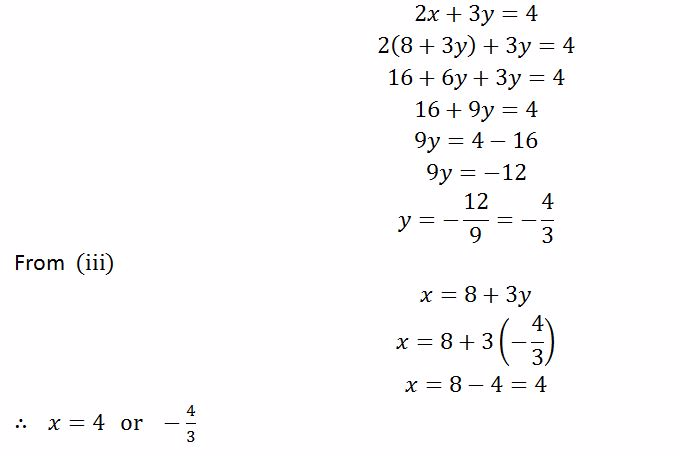 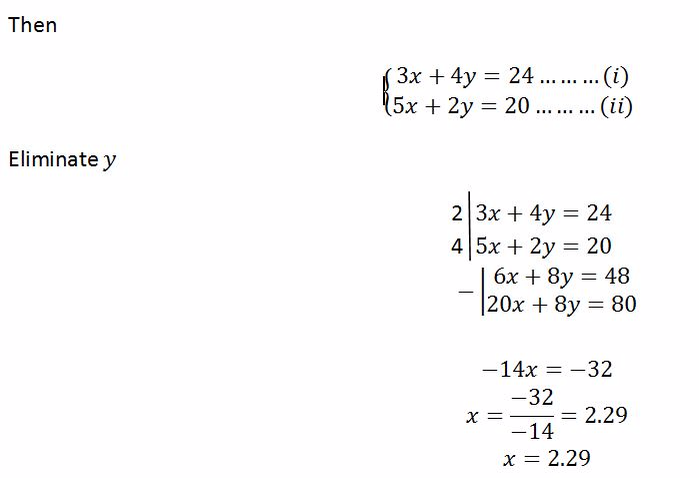 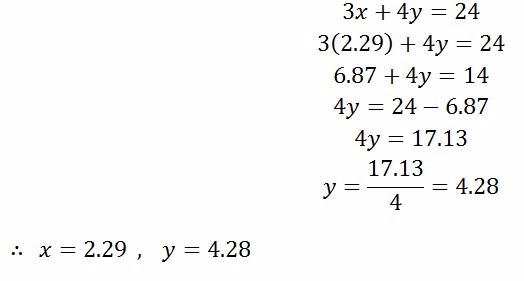 An
inequality – is a mathematical statement containing two expressions
which are not equal. One expression may be less or greater than the
other.The expressions are connected by the inequality symbols<,>,≤
or≥.Where< = less than,> = greater than,≤ = less or equal and ≥ =
greater or equal.

Linear Inequalities with One Unknown

Solve linear inequalities in one unknown 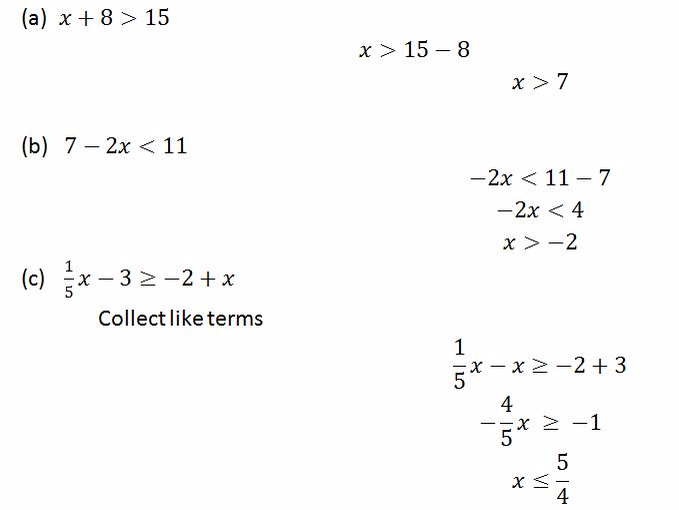 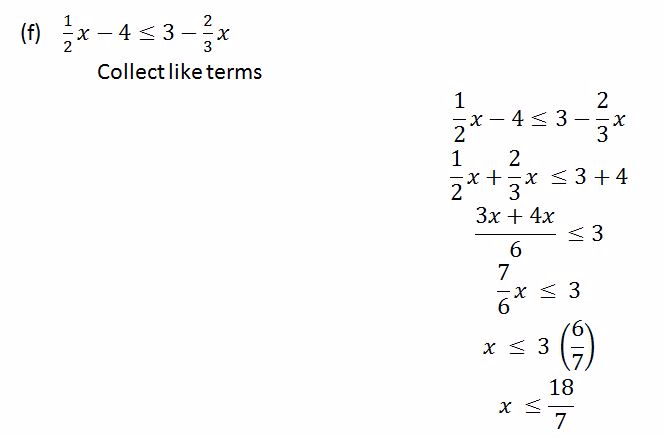